Bolnisi Sioni refers to the era of early Christianity and is considered the oldest religious building in the country. Historians date back to Zion 478-493 years ad, during the reign of the legendary king Vakhtang Gorgasali, which makes the temple the oldest surviving architectural structures in the country. However, even today there are some studies that relate the temple to an earlier period. This is generally the first surviving architectural structure in Georgia, the first temple, on the wall of which is the first inscription in Georgian. The temple is quite simple and primitive, but it all started, so it is valuable. 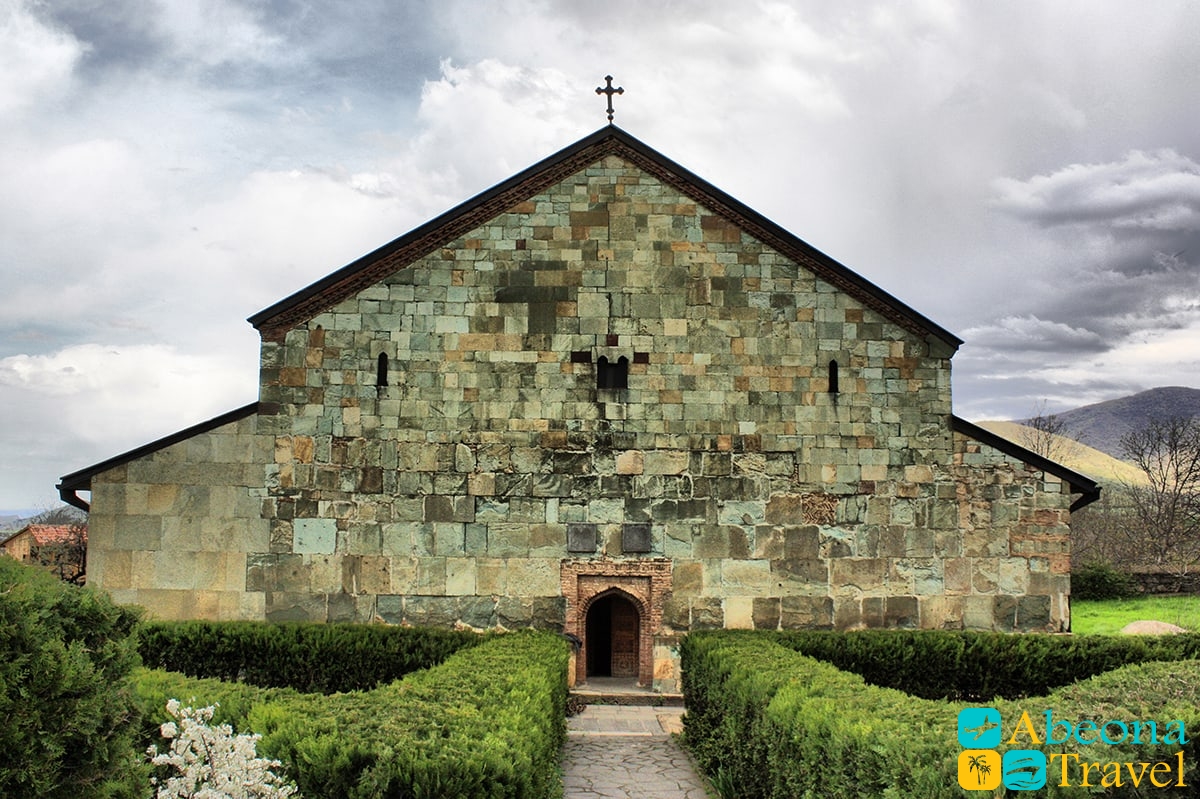 The era of the creation of Sioni is largely significant for the Georgian people. It was in those years that the formation of statehood, unique national culture, recognized the independence of the Georgian Church from the Byzantine Empire and its capital Constantinople.

It is difficult to overestimate the importance of the Church and its influence on Georgian culture. Cross imprinted on the Eastern facade of the temple, entered the culture of Georgia under the name “bolnis cross”. Now it can be seen on the coat of arms of bolnis district, and occasionally – on the flag of Georgia.

The architecture of the building differs from the traditional examples of Georgian temple architecture, it does not have a tent dome, widely represented in more modern buildings. Two rows of columns located inside the Basilica are connected by arches, carved geometric patterns on the capitals. Not far from the Basilica there is a bell tower.

The appearance of the Church is simple and concise. The walls are lined with smooth slabs of tuff, turquoise. But behind the external simplicity of the building, there is a rich interior decoration. In this lies a deep philosophy – the superiority of hidden beauty over ostentatious. With its simple shapes and natural proportions, the interior creates an impression of power and impressiveness. The rectangular construction of the Basilica resembles the ark of salvation.

The walls of the Basilica store thousands of prayers, and the temple still continues to serve people. Visiting such places enriches people not only with new knowledge and impressions, but also gives spiritual food.