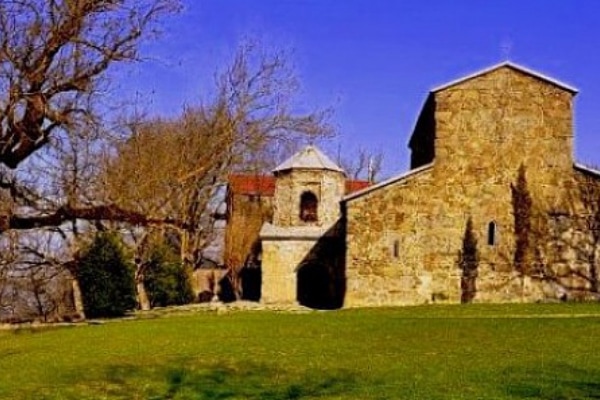 Zedazeni Monastery located in a hundred and fifty meters from the ruins of Zedazeni fortress. St. Ioane Zedazneli’s monanastery is a monument VII century. Before there stood the idol, built by the Iberian king Farnadjom (185-170 BC) in honor of Sadena, national heroes who died a heroic death in battle with the enemy. This idol stood for several hundred years, until the adoption of Christianity in the 30s of the IV century.

Two centuries after the adoption of Christianity by Georgia, thirteen elders headed by father Ioane came to Georgia from the Syrian monastery of Simeon the pillar-bearer to 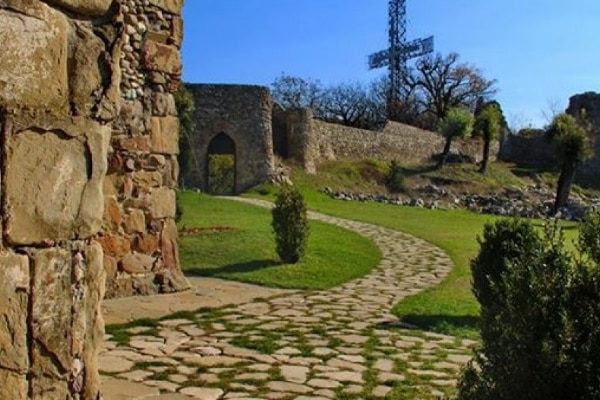 preach the word of God. Place activities Ioane chose Zedazeni  mountain and here the elders all lived together. Once the mother of God appeared to St. Ioane in a dream and commanded him to send his disciples to different places in Georgia to preach the Word of God.

Having received the revelation of his death, the monk John called to himself disciples, to whom he bequeathed to bury him in a narrow cave on the mountain, on the site of his exploits.

In the 10th century under the Catholicos-Archbishop Clement (908-923) on the southern side of this cave built a Church in honor of John the Baptist, so that the Holy relics of Ioane Zedazneli’s were in its chapel, at the altar. The monastery in its present form built in the VII-VIII centuries outdated near the fortress.

On the Northern wall of the temple to this day preserved a painting by an unknown painter of the VII century – “the Battle of St. George with the dragon.” In 1705, foreign invaders destroyed the top Seasonsa the Church. From that time on Zedazeni there were two Church buildings: the chapel at the foot of the mountains and Ioane Zedazneli’s monastery, located in the middle part of the mountain slope.

In subsequent years, Zedazeni, which was abandoned in 1849, renovated. Nevertheless, because the monastery was located in the forest where the robbers lived, none of the monks here did not want to stay. Only during the activity of the Patriarch of all Georgia, his Holiness and Beatitude Elijah II, the monastery resumed its activity.