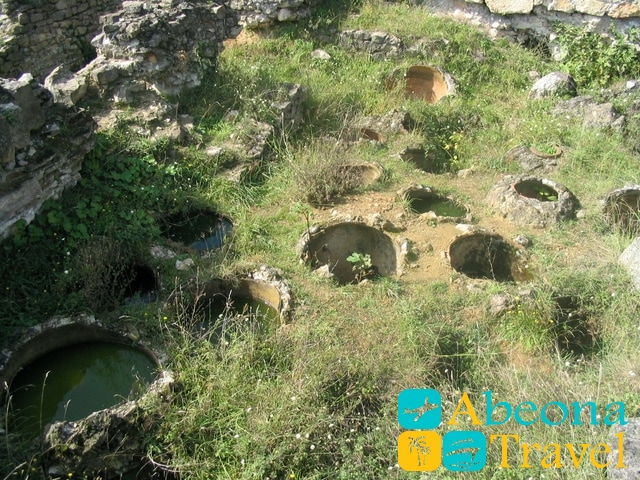 Okros Chardakhi was residence of Imereti kings. Residence is located on the right bank of Rioni, in the centre of Kutaisi, between modern bridges: Rustaveli and White bridge. The first data regarding imperial residence belongs to European Travellers (Italian Ambrossio Contarinni – XV century and Russian embassador Tolochanov and Ivlev – XVII century). Several buildings are located on site of the residence: the palace church of St. George, big house, small house and dining room. In the center below big chenare, preserved to present time was stood chardakh – throne with baldachined on the fourth column. Bell tower is built in fencing walls as well as towers, designed for imperial treasury and gatekeepers.

Only small house if survived nowadays. First floor was aimed of flood protection and is surrounded by arch door. Big hall of the second floor is decorated by battle scene of XVI-XVII century. Building was reconstructed in XIX century and present appearance was actualized in 1960ies.