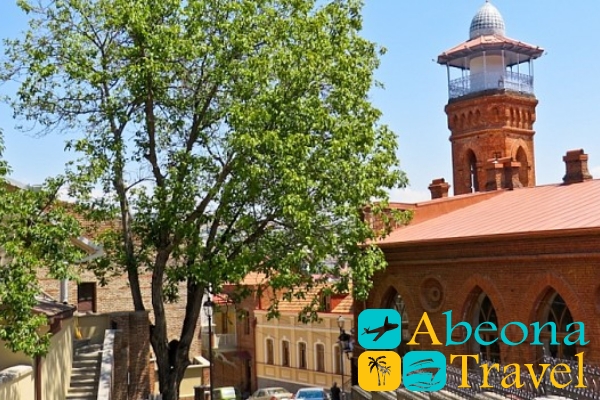 Dzhuma Mosque was built in 1723-1735 by Turks. In the Middle Ages was ruined by order of invader Nadir Shah. During 1846-1851 mosque was renovated based on project of architect Scudierri. Octangular prayer-tower rise over old Abanotubani and is visible different way from different places. It was built by Kazan Tatars hence the 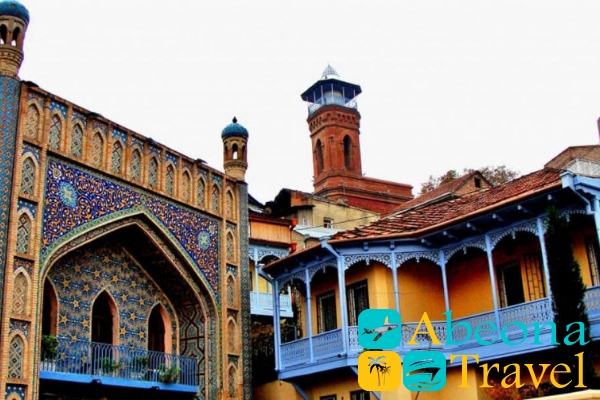 Muslims the Shias and Sunnite are praying here together. During 50-90ies there were separated by curtain. In 1996 in mosque was assigned new Imam-Khatib, Azerbaijan from Marneuli, the Shias Ali Aliev who is also representative of Caucasian Muslims in Georgia. This obstacle was removed by his order, since than the Shias and Sunnite praying Namaz together.

Hierarchic stages are divided between the Shias and Sunnite in mosque. Spiritual advisor of Sunnite is Azerbaijani from Dmanisi Iasin Aliev, Mola – Azerbaijani from Tbilisi Bagif Akperov. Spiritual education he receives in Tbilisi Madrasah which was functioning in Soviet period. At present time it has official form. In madrasah teaching different subjects of religious service, there is invited lecturer from Iran. Considering aforementioned in madrasah teaching is regarding Shiism, Tbilisi mosque submits with Azerbaijani muftiyat.

It is considered that the mosque is sought-after and the Shias and Sunnite share in peace and praying together and it is due to the fact that Tbilisi is religiously tolerant.