Tbilisi Funicular connects to each other Tbilisi city centre and Mtatsminda Park. Funicular has three stations: Lower, Pantheon and Mtatsminda. In 1900 city autonomous power signed an agreement regarding construction of Tbilisi Cable railroad and approved Belgian engineer Alphonse Roby’s project. The treaty intends the following: Belgian societe anonima has the right to operate funicular during 45 years subsequently referring facility to the city. A fare for children under 5 years, postmen, policemen and gendarme is free. 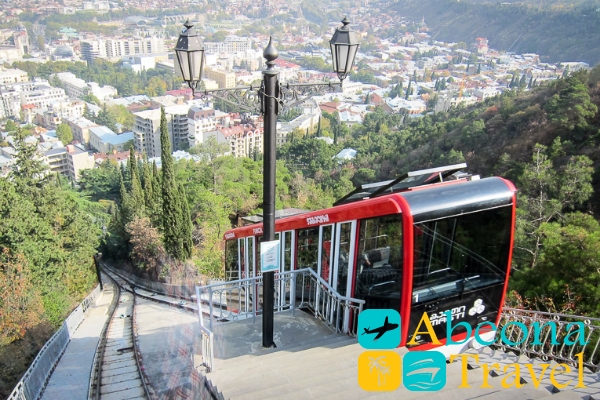 Cable road going up on mountain was opened in 1958, panoramic elevator serving to get passengers on plateau from Rustaveli square. It’s stopped operation after tragic incident on June the first of 1990. On June 20 of 2000 cable wire torn off and the funicular had stopped operation. As a result 20 foreign tourists were slightly injured.

Renovated funicular was opened in December of 2012. Cable road goes up to Mtatsminda Plateau, where the biggest amusement park “Bombora” is located.