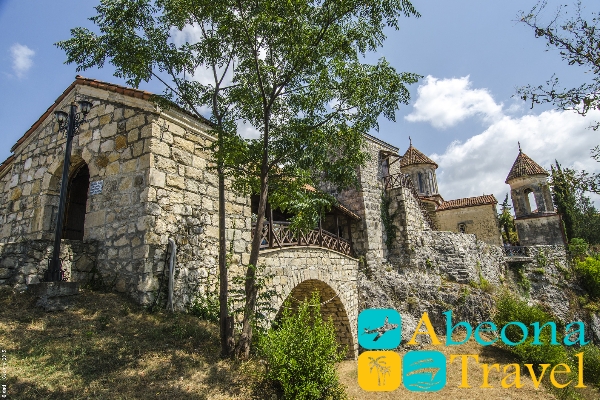 Saint Brothers David and Konstantin are Georgians were inherited rulers of Aragveti country. From the childhood they are raised in Orthodox family, young dukes were lived Christian way.

Under their rule there were invasions on Aragveti from Arabs, send by Magomet nephew Murvan. Saint brothers defeated the army and Murvan was very angry with that news and he send a huge army on Georgia. Muslms won, took brothers and brought them to Murvan who ordered to bit them with great sticks. That he was trying to transfer their religious to Muslims. But there were believed in their religious. When he was told regarding their decisions he try many ways to turn them Muslims but afterwards he ordered to kill them (730-740). They drown in the river and river took by their bodies. Christians took the bodies and buried them ubderneath the mountain Tskal-Tsiteli in Kutaisi.

In XII century while hunting king Bagrat The Great (1072-1117) saw their relics in the cave and ordered to built here church for martyrs (Motsameta) and had founded here Motsameta monastery. Brothers relics are known as curable.