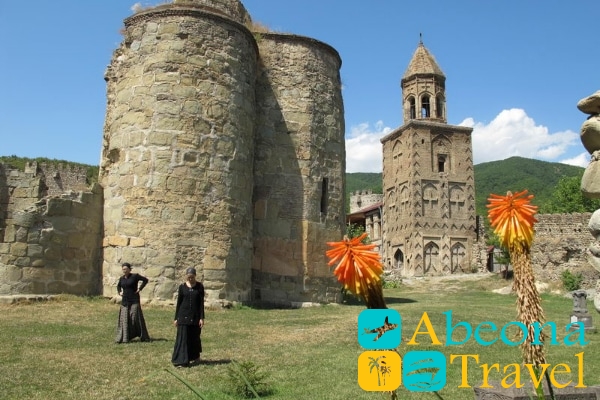 Ninotsminda Cathedral was built in the VI century BC and is among the three oldest temples of Georgia, is the second built in the shape of a tetraconch and the immediate progenitor of the Jvari Church. Throughout its history, the main building has changed its appearance several times.

It was not always for the good. Because it was the thoughtlessness of some reconstructions that led to its destruction. It is believed that the beginning of the construction of the Cathedral dates back to 575, shortly after it was built its predecessor Gavazi and shortly 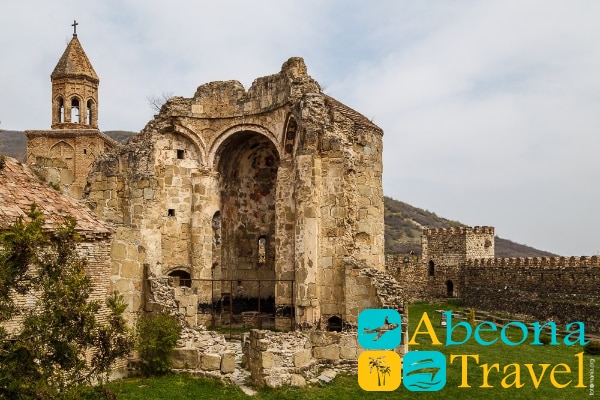 before the laying of the first sobor-ninocmindakamnya in the wall of the well-known temple in Jvari.

In the XVI century, the interior of the walls painted with frescoes, which partially survived to the present day. And in the neighborhood erected a chapel.

In 1750, the then Georgian Bishop Saava Tusishvili decided to rebuild the dome, which greatly transformed the appearance of the temple, but did not like king Irakli II. And for good reason. The dome turned out to be too big and heavy. And could not survive the earthquake that occurred in 1824. This was the beginning of the end and led to the almost complete destruction of the Cathedral in 1848. After these dark events survived only the part that we can see today – the Eastern wall and the altar part of the building, opposite which, in the XIX century, was built a nondescript, but well-preserved brick Church.

The whole territory of the complex is not small. And is surrounded by a massive stone wall. Wall once served as a reliable protection for the Bishop inside. The Bishop’s Palace was built in 1774-1777 by order of the same Saava Tusishvili. The building is only 2 floors high. And looks very modest for such a high-profile title. You can go there only by permission. But it will be extremely difficult to get it. Given the fact that there is now a functioning convent of St. Nino.