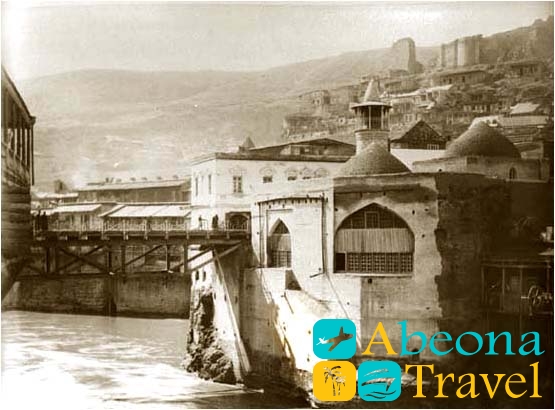 First Muslim population in Tbilisi was encountered from 8 century. When the city was conquest by Arabian invaders. From that time it becomes to be inalienable part of the city. Its special soul and traditions.

According to historians there were seven mosques’ in Tbilisi. Until XX century only two were survived – one, sunnitian, at Botanic Street, leading to the rise of Botanic garden it is the most survived place of old Tbilisi. And the other is shiitian, so called Cyan Mosque, built in 1522 on the cliffy rise over the Mtkvari river, near the famous Metekhi Temple which is some kind of visit card of the city. Mosque was built by the Shah Suleiman (according to another source by the Shah Takhmasib). On the place where Persian was ruined Georgian church. According to another source Mosque was called under the name Shah-Ismail as well as Shah 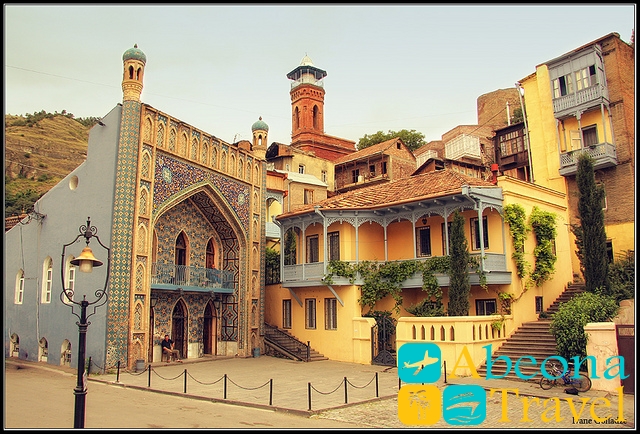 Abbas Mosque. According to Georgian historic Platon Ioseliani it was the first mosque in Tbilisi. Considering city history this information is not entirely convincing.

In 17 century several mosques were built by Muslim Kartli Kingdom king Rostom, they say one of them was important house of worship for the Muslims from the west, but none of them preserved to the present days.

Cyan Mosque stood until the middle of XX century. Later was ruined under the decree of Lavrenti Beria. The reason was that Muslim nation, mainly Azerbaijans were absolutely involved in building of communism. And there is no need of extra mosque. Azerbaijan communist Nariman Narimanov was asked the same question. He was not be able to raise an objection to Beria. Another version is that Mosque was interrupting construction of the new bridge as well as Authorities found it fit to ruin Mosque.

And thought that it will be sure-fire way to wipe out shiit tradition of Shakhsei-Vakhsei, self-injury with whips because of several accidents resulting in deaths. But still most likely was the fact that the place was too outstanding. And Mosque eye irrit of Georgian political party officials. It was possible only to preserve minaret tile coaling. They are stored in department of the West in Art Museum of Georgia.

As per other mosque it is little information regarding location or a person who built them. All of them were built within the historical boundaries of that time city.