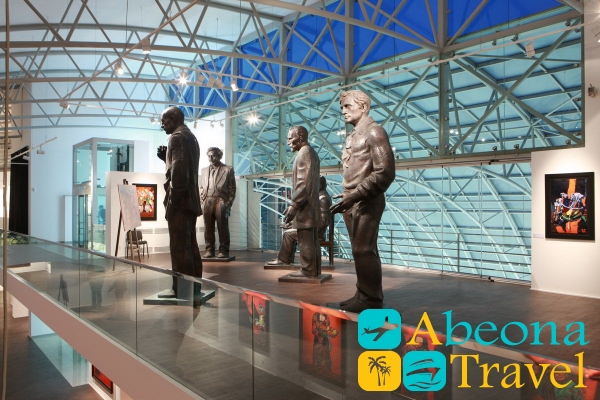 Modern Art Museum was opened in 2012 with an effort of Georgian sculptor Zurab Tsereteli. Galletry is located in the centre of the city on Shota Rustaveli Avenue. There another main museum is also located.

Modern art museum in Tbilisi is located in the building of the former cadet corps. Built by the order of Nikolai II. After 1917 year revolution building was transferred under the supervision 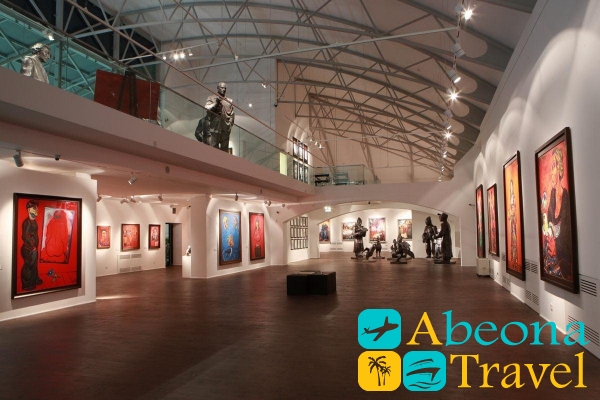 of public utility. In Soviet time it was used as fraternity house. Unfortunately ruined, outside as well as inside appearance was lost.

Restorations begun in 2005, the main idea of the project was to organically combine historical appearance with new architecture trends and it was achieved. As a result museum gained a huge exhibit hall (area of 3 thousand square m), children’s’ art studio, educational centre, conference-hall, art salon and café.

300 works of Tsereteli was presented in exposition, done in different manner: graphics, enamel, sculpture, oil painting. In the yard of Modern Art Museum stands “Apple”. Original is located in Moscow museum. For Tbilisi museum Zurab Tsereteli had made the copy of it.

Workshops, meeting with painters, educational lectures are held in Modern Art Museum as well as regional and international projects are implemented.