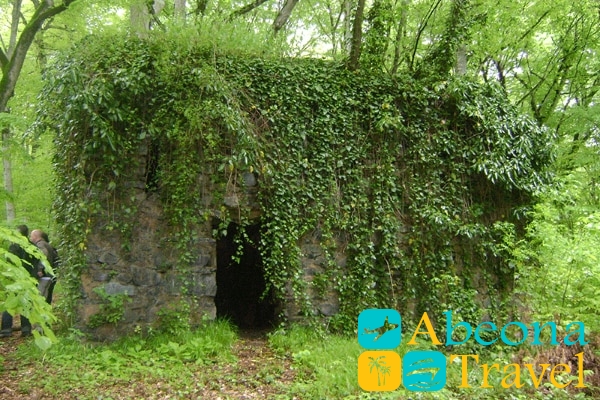 Machi Fortress located on the territory between Georgia and Azerbaijan. This fortress was the center of machi principality, which was influential in the historical era. This is the largest fortress in Kakheti. And once served as a summer residence of the Kakhetian kings.

Built a fortress king Archil(son Stefanos II) of the dynasty Guardado. He died in the year 718. The era was vague: the Arabs had just walked through Georgia. According to another chronology, Archil was a Kakhetian Prince from 736 (the years of the invasion of Mervan) to 786. He was killed by the Arabs and later canonized.

This Archil builds a city or a castle in the Caucasus Mountains. It was a summer residence. Later there is certainly lived the kings Hereti, then organic. In the XI century, the fortress became the center of Maiskogo principality. The fortress existed until the XVII century is just odd that it is not where mentioned in the documents. In the early XVII century came Shah Abbas. He took the fortress by storm (surprisingly) and destroyed everything inside except the temple. Only the ancient Basilica of the IX century, overgrown with subtropical forest, has survived on the territory of the fortress.