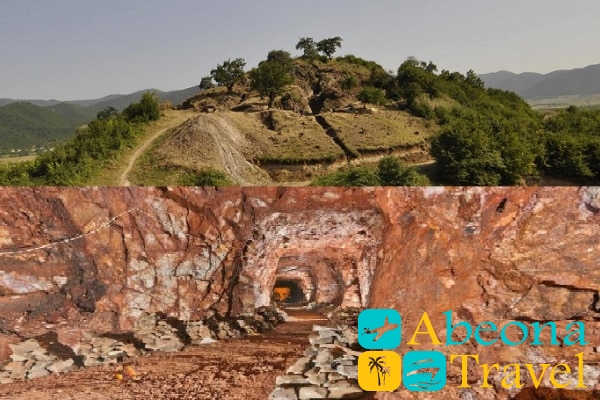 A unique find in archaeology was made in Georgia. In Kazreti, on the slopes of mount Sakdrisi, unique mines, more than 5,000 years old, have been discovered. The new find confirms that during this period gold was mined in the territory of Kvemo Kartli and there was a specific method of ore processing.

The find belongs to the Georgian Archaeological center. Excavations began after the discovery of group graves in 2004. Presumably, miners were buried near the mines. As a result of research 5 years ago, scientists discovered tunnels in which, according to their version, ore was mined. During the excavations, it was possible to find charcoal, which made it possible to determine the age of the workings of III-IV thousand BC. Thus, The sakdrisi mine became one of the oldest gold mines of mankind.

The prediction made in 2004 is finally confirmed by this latest finding. There were found working areas for mining and processing of ore, as well as stone-lined areas for burning ore. According to preliminary findings, these gold mines are the oldest in the world. Such unique exhibits have not been found even in Egypt.