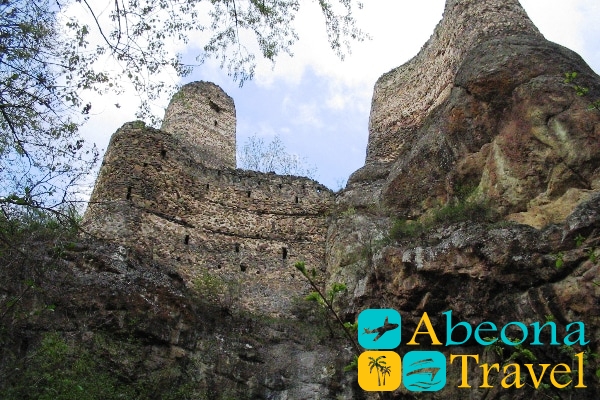 Khuluti fortress built in the first third of the 17th century and belonged to the princes Baratashvili. During the difficult times of the rule of Shah Abbas I of Iran, a Georgian nobleman named Vakhtang was converted to Islam. Nevertheless, he sent a letter to the owner of the area, Kaplan of the Orbeliani family, in which he said that in spite of everything he remained a Christian at heart. The letter was accompanied by a large sum of money for the purchase of Church utensils and for the decoration of one of the pitaret churches. However, circumstances are such that Kaplan was forced to spend the gift on building an impregnable fortress Khuluti. Upon learning of this, Vakhtang sent additional money.

Khuluti fortress built to block the passage of the gorge. It consists of five towers of different heights, built into the fortress wall. In the middle of the complex is a small courtyard. The upper two floors of each tower are combat, the remaining floors are residential. The rooms were heated by fireplaces. There are remains of wooden floors. It is difficult to say how comfortable life was in such houses. But in those days, security was much more valued. In the annals of the 18th century, the fortress is respectfully called reliable.