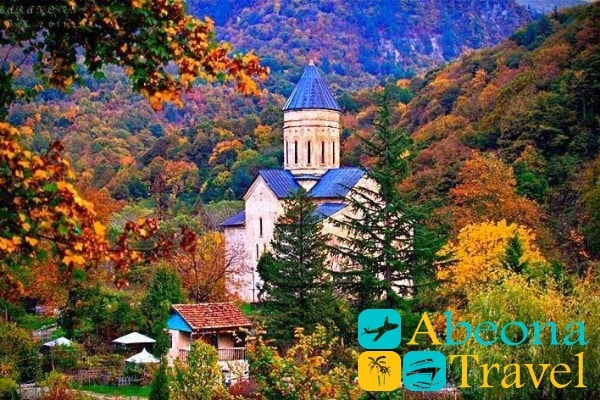 The 18th-century Barakoni temple or the Church of our lady of Barakoni is located in the village of Tsesi. The temple was built in 1753 by the master Avtandil Shulavreli on the order of Rachinsky Prince rostom. The temple is located on a steep cliff. At the foot of the temple, the turbulent waters of the Rioni river merge with the waters of the Luhuni river. The architect completed the construction in the form of a cross with right angles, without additional additions. The dome rests on the corners of the altar walls and two columns. Outside, the walls of the Temple are decorated with exquisite fine carvings. In the niches of the Eastern facade you can see the most ancient examples. In the interior attract the attention of elements of the frescoes, the iconostasis of the ancient and a few modern icons. This building was recognized as a monument of old Georgian dome architecture. In 1991, after the earthquake, the temple was restored.