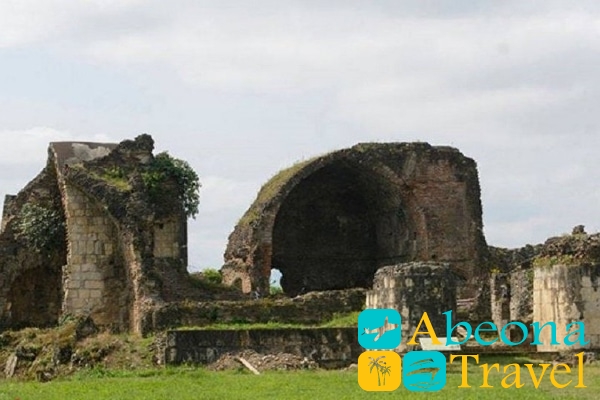 Geguti Palace is located some kilometers far from Kutaisi. It is not so famous but it is one of the most large palaces in Georgia. It is imperial palace which is beyond memory and get lost as a many imperial palaces of Georgia.

Historical dates of palace construction differs from each other. Some structures of the palace are related to VIII-IX century based on archeologist. Others to the time of Golden age of Georgia (XI-XII century). It is known that by the rule of Queen Tamara palace had it own designation and her first husband was crowned here. Possibly she had lived here with her husband.

In XIII_XIV century the temple was constructed here, but only walls are preserved to present time. The palace is built by brick and limestone which was also used  for cladding. Masonry vault is partially preserved in the centre of Palace. At the gate it can be seen shape of front entrance, from the other side remains of stairs and porch. Also here is Geguti you will see wine warehouse with preserved fragments of clayey qvevri (ancient jar).