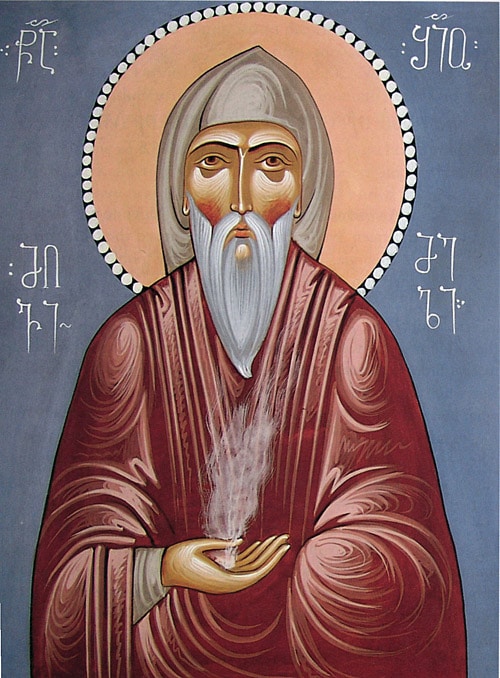 10 km West of Mtskheta in the mountains of dzegvi village there is a functioning monastery of Shio-Mgvime (Simeon of Mgvime, VI century). The monastery literally merges with the sandy color of the mountain slopes. However, when its outlines begin to appear, it is immediately clear how ancient this monument is. The very first building of the monastery complex is a Church Dating back to the VI century. It is a small and low structure with a two-tiered dome. This Church is one of the most important ancient monuments. Buildings, similar to shiomgvime monastery, in Georgia, no longer exists.

The shiomghvime monastery more than three hundred years under the patronage of the prince’s amilakhvari was their family burial place. Georgians believe that the revival of the Orthodox Church in modern Georgia began with the revival of this monastery.

The history of the monastery began at a time when the Assyrian fathers dispersed from the Zedazen Mountain at all ends of the Eastern Shio-Mgvime and here, in the gorge behind Mtskheta, Saint Shio came and settled in a cave on the mountainside. One of the first followers of St. Shio was Evagrius, who owned the fortress of Chikhadiye near South over Mtkvari. One day he went to the mountains to hunt and saw Shio there. He decided to stay with him, sold all his property, distributed to the poor and became a monk.

The oldest and the first building on the territory of the complex is considered to be the temple of John the Baptist, built presumably at the end of the VI century, during the life of St. Shio. It is believe that Shio chose the place for the laying of the temple. To this end, he laid it on the arm of the burning incense, and went where pointed out the smoke. So icons often depict Shio steaming on the hand of incense. 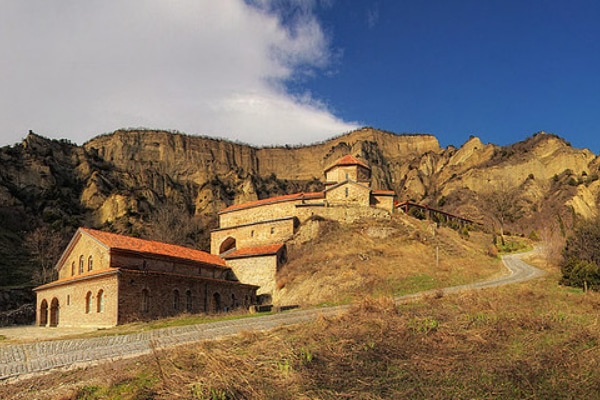 By 560-580, the monks dug caves and cells, which now surround the monastery and are visible from the road leading to the monastery complex. The upper Church, named after the Mother of God, built in the early 12th century by order of King David IV. Initially, the temple had a dome, but during the invasion of Shah Abbas in 1614, the temple destroyed and restored only half a century later, in 1678. It was restore in a simplified form, like a Basilica.

Shio Mgvime (Simeon) was a Saint of the Georgian Church, born in Antioch, the son of wealthy parents. Shio Mgvime gave all his estate, went to St. John, who lived near Antioch, which took Shio with him to Iberia. Shio Mgvime settled in the wilderness near Mtskheta. King Parsman VI, who visited the former favorite of his Evagrius in the desert, who had gone to Shio-Mgvime, gave the land for a monastery and brought considerable funds for the construction of temples. The number of brethren of the new monastery increased to 2000. However, the desire for complete solitude prevailed in the soul of Shio Mgvime. After leaving the Shio-Mgvime monastery founded by him, Shio-Mgvime left 160 written teachings for the brethren, and he doomed himself to a reclusive life in a dark deep cave. Died Shio Mgvime in the VII century. The power of Shio Mgvime rest in monastery Samtavro.