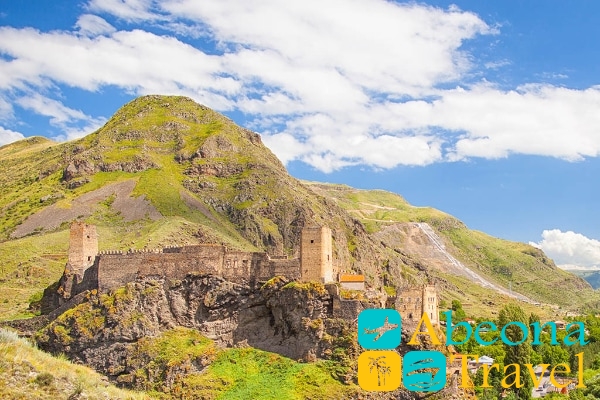 Khertvisi Fortress is the most ancient and functional fortress of the whole feudal lord period it is located in the south part of Georgia in Dzhavakheti region in the place of conjunction of Kura and Artaani rivers, on the highland mountain. The first data of Khertvisi reach to us as a legend it is known as a fortress which exhibit the resistance in Georgia to Alexander Macedonian. On the rocks which were damaged visible was only the writing “The King of Kings” and the date of 985, Khertvisi walls had been completed until 1354.

During X-XI centuries it was the center of Samtskhe-Dzhavakheti region. And in XII century fortress became a town. Fortress suffered from earthquake in 1283. It had ruined Vardzia fortress which is located in neighborhood. In XIII century 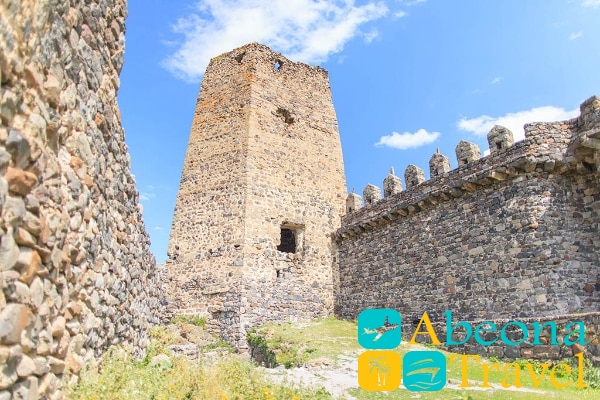 Mongolian ruined the fortress and had deprived its authority up to XV century. In XV Khertvisi belongs to the rulers of Samtskhe-Dzhavakheti from Djakeli Dynasty.

And in XVI century south region of Georgia was took over by Turks. During following 3 hundreds Khertvisi had belong to them. In 1770 some battle had happened when two-thousandth army of Georgian King Irakli the II had batter a 10-thousandth Turk army. It was the harsh battle because the fortress was the main fortress controlling the trips from Meskheti to outside. By the end of XIX century Georgian and Russian Army had regained lost territories and Khertvisi fortress become military base for Russian and Georgian soldiers.

Today Khertvisi is historical monuments. Picturesque place where fortress is located is very interesting for tourists and travelers.