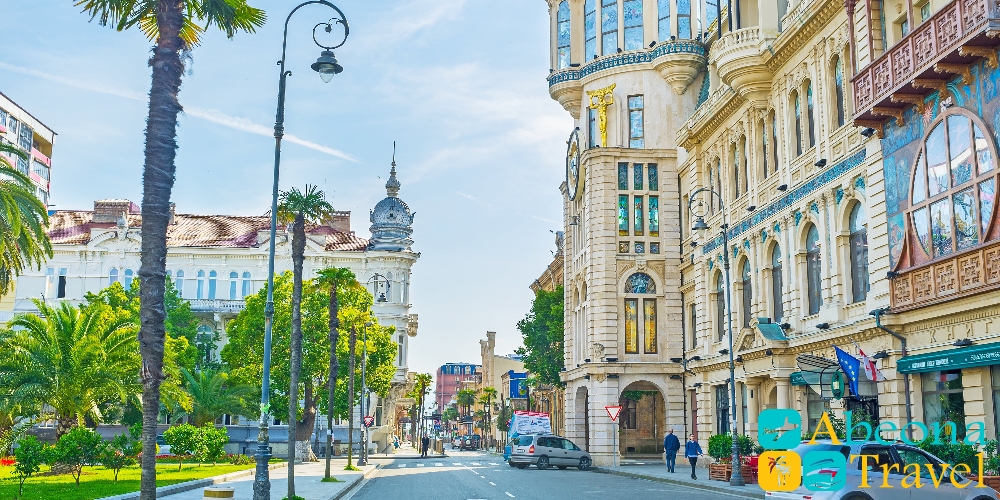 Europe Square in Batumi is located in a very heart of old Batumi, surrounding with central streets and outlandish buildings. Europe Square is one of sights of the city. Square was named in honor of entry of Adjara in European Regions Assembly. Pointing ambition of Georgian people of striving to Europe. Monument of Medea erected on square in 2007 remind of interactions between Georgia and European world. And regarding congeniality of Georgian culture to European Civilization

Europe Square locate in a very centre of the city. Its favorite spot of having fun. And have a rest not only for tourists but for locals. Renovated front faces of old houses and new modern buildings which are more beautiful in a night time. It should be noted that during last year’s a huge amount of international level concerts were held on the square. And what is more Europe Square is more popular during New Year Holiday. For example following foreign stars were giving New Year’s musical performance on the Europe Square: Jose Carreras, Buena Vista, Andrea Bocelli. And many more as foreign as well as Georgian top-singers. The most enchanting show was given the MTV-live Georgia concert with Enrique Iglesias. More than 50000 of audience were gathered on Europe Square.

Astronomic clock constructed on unique architectural structure and fitted with all special mechanisms presented unforgettable performance. Information on astronomic clock is interesting and useful. Along with time keeping it is giving an opportunity to get astronomic information. Regarding location of sun, moon and zodiacal constellations. And sometimes regarding planetary body location. Besides that they show meridian, horizon, time of sunrise and sunset. Also moon’s age and travel of moon around the Earth.