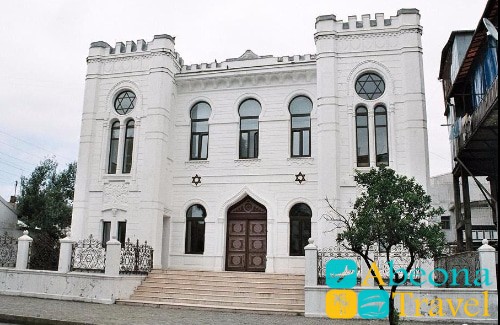 Officially, the Jewish community of the city of Batumi was formed (although legally it is not recognized) only after the 2/3 transition of Georgia, torn away from the Ottoman Empire and incorporated into Russia in 1878. And there were two communities – European and Georgian Jews. The oldest gravestone in the local Jewish cemetery belonged to the same year. In 1879, the first entry in the Pinkos (books of records) was made, kept in the prayer house. Apparently, in the early of 1880s a synagogue was opened for the Georgian Jews.

Not having in the first years of the existence its own capital building, the Ashkenazi Jews huddled in a small wooden house, bought from its owner, the Ottoman Empire. In addition, it should be noted that this house of prayer, which arose in 1878, existed for many years illegally; petitions of Batumi Jews for permission to open the chapel were rejected three times by the government, who offered to address the Kutais rabbi or his assistant in Poti on matters of faith. Only in 1899 his existence was legalized by the Minister of the Interior.

Of course, this small wooden building, containing only about 20 people, could not serve as a full-fledged center for the community of European Jews since already in 1882, according to a one-day population census, the number of Jews was determined by 179 populations of the total number of residents of Batumi – 8671 people. The subsequent census of 1890 had counted 862 Jews among the resident population of the city, i.е. 4.62%. According to the census of 1897, the amount of the all residents of the city was 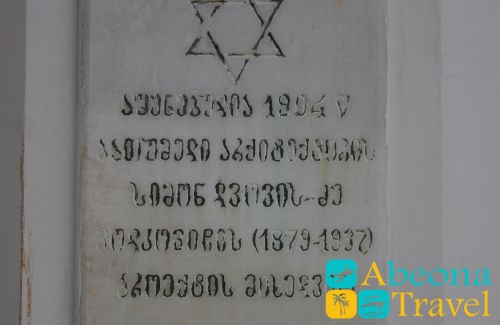 28508 people, of whom 1179 was Jews. Therefore, numerous petitions and petitions of the local Jewish population concerning the construction of the capital building of the synagogue become clear.

Nevertheless, until the end of the last century, the community continued to be satisfied with the available premises. Finally, in 1899, the Batumi Jews appealed to the Highest Name. In a petition addressed to the head of state of Emperor Nicholas the 2nd, they wrote that he would allow them to build a stone building on their own resources so that they could pray in their choral synagogue to the one God that the heir to the throne – the son – was granted to the Emperor (by that time Nicholas already had 4 daughters).

The harangue of the Batumi Jewish community was written in the name of the Russian Emperor. As he was at the same time the head of the faith (even Peter I abolished the patriarchate in Russia), and only he could personally give such permission. He was transferred through the merchant of Psaros, who was familiar with the capital’s bankers who had access to the Imperial Court, through his Minister.

The resolution imposed by Nicholas the 2nd surpassed all expectations. Sensing the reason for the petition, the head of state himself attributed: “Permission. Nicholas “. And in 1904, when the synagogue was almost built, the Emperor had the heir to the throne – Tsarevich Alexei. 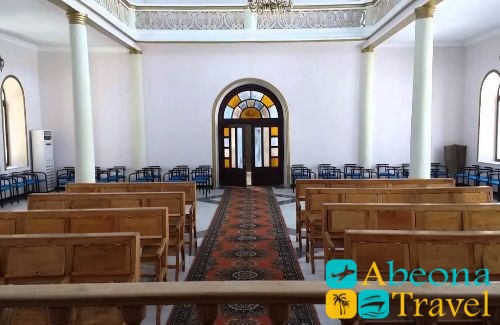 prototype of the Hague and Amsterdam synagogues.

On the day of the opening of the Batumi synagogue, a silver cup was made in Warsaw where was engraved the names of the largest donors, each of whom contributed at least 1000 rubles to the construction work. Among them were such representatives of the community as Joseph Peisel (1862-1945), later its chairman, whom he directed until his death, Lev Gorodetsky, colonel, commander of the Batumi department of the Black Sea brigade of the border guards corps and also Moses Balaban, Abram Lyubchansky, Moses Rabinovich, Isaiah Kalachevsky, Issak Poplovich and Matvey Sorin. To the cup was attached a set of cups for six people.

The Ashkenazi synagogue functioned until March 1923, when the building was transferred to the Communist Union of Youth of Adzharistan (it hosted the Dynamo sports society, all sorts of competitions were held). And only in 1992, the synagogue was finally returned to the Batumi Jews. And already in November 1998, thanks to the care and financial assistance of the authorities of Adjara, reconstructive works were carried out soundly, and the magnificent synagogue was devoted to its marvelous initial appearance, it continued to fulfill its immediate function.

There is also a legend that says that the first Jews came to Georgia from Babylon. There they were taken captive by the king of Assyria, Nebuchadnezzar. Among these Jews was the founder of the royal dynasty Bagrationi, who ruled Georgia for more than a thousand years. Quite possibly, that’s why there have never been Jewish pogroms and ghettos in Georgia.