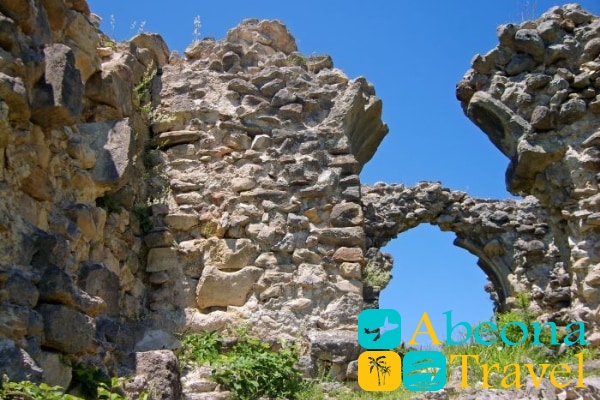 The first notes regarding Skanda fortress is related to VI century. Procopius Kesareli in his book “ War with Persians” had written: only the north bank of Rioni is inhabited in the West Georgia (Lazika) and fortresses Skanda and Sarapanis is located on the borders of the region: “All Lazian settlements are located here, on this side of the river and cities are built here from an ancient times, including the most strengthen Arkheopol, Sevastopol and fortress 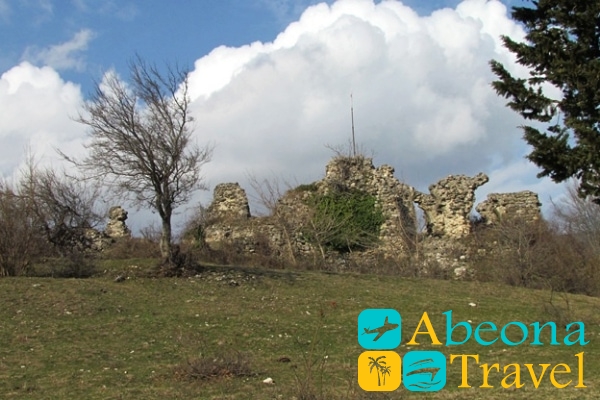 Pitiunt, and beyond the borders with Ivirs are Skanda and Sarapanis”. It is reasonable to assume that those defense walls had a main meaning during Byzantine-Persian wars.

In 532 Greeks made peace with Persian, under the terms of which Skanda was ruined. But in 542 the war still has begun and fortress was occupied by Persian. In 551 they had been renovated defense walls and kept a fortress almost for 25 years. After these occasions a millennial-old informational pause took place in the history of fortress. By the end of XIV Tamerlan invasion ruined the fortress. In 1430 king Alexander the Great re-constructed the fortress again.

In XVI and XVII centuries the fortress was having changed hands: it was invasion by Kartli kings or Imereti or Local Dukes. It has already known what was at the place in 1810 when Russian army entered Imereti. There were no notes regarding Skanda. Probable the fortress was unoccupied by the time.