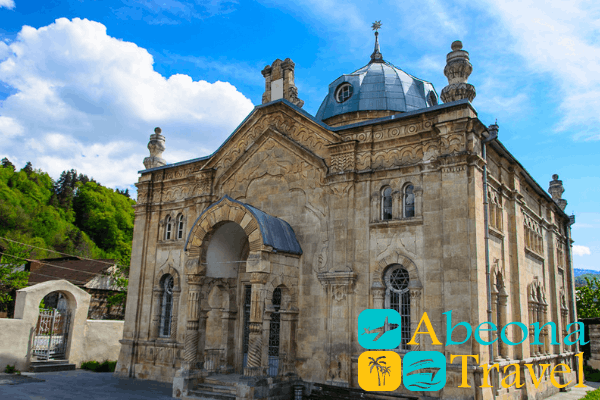 One of the main attractions of Oni is functioning synagogue built in 1895. The Keeper of the synagogue, a local resident – 77-year-old Suliko Shimshilashvili says that the sanctuary was built by masters from Greece, and the construction white stone was brought from Kutaisi on carts.

Here in Oni is located one of the largest Jewish communities of Georgia. In the fifties of the XX century the Soviet authorities were going to demolish the Jewish temple. However, when they came to the 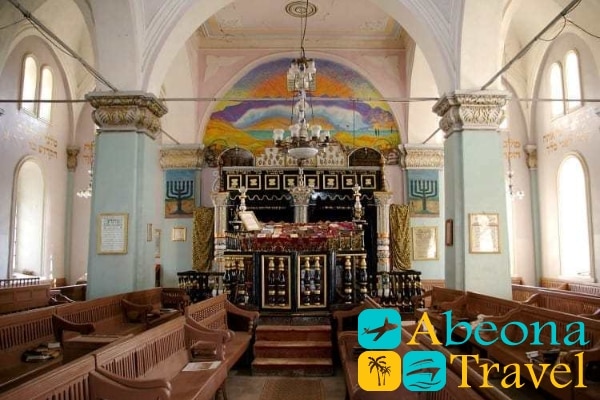 synagogue, employees of the Ministry of state security found a crowd of local residents who surrounded the building from all sides. As they made their way to the entrance of the synagogue, they saw that the doors were locked and from inside they could hear women’s voices and children’s crying. Trying to find out what was going on, the KGB learned that Orthodox and Jewish women of Oni deliberately locked themselves in the Church with their children. Residents of the city opposed the act of vandalism and decided to prevent the destruction of the Jewish temple. Under the onslaught of the people, the chekists retreated and left the synagogue alone.

In the 80-ies of the last century in the city of Oni lived about 3000 Jews – half the population of the city. The region was so prosperous that during the repatriation of Jews from the USSR in the 70-ies of the last century only one family moved to Israel. To date, in Oni left about 10 Jews. Due to the small number of the Jewish population, no more services are held in the synagogue.

The synagogue itself is the third largest among the existing Georgian synagogues. The facade of the synagogue in Oni impresses with its beauty and elegance. It is presented in the form of an arched portal with massive columns. The building is richly decorated with relief ornaments and a tent-like dome with an eight-pointed star. The interior is not inferior appearance: magnificent chandeliers, exquisite moldings, a powerful column. Here you can find a large number of rare and important artifacts.