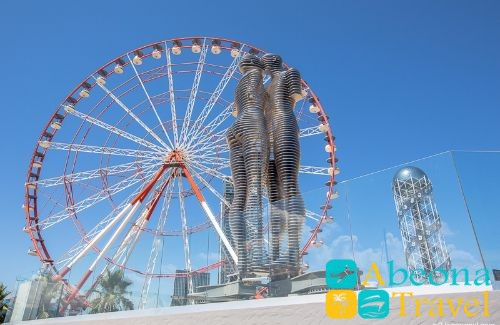 Ali and Nino moving sculpture on the quay in Batumi – one of the brightest and most memorable sights of the Black Sea resort of Georgia. According to most guests of Batumi, “Ali and Nino” is a monument of true love. Love which knows no boundaries and prejudices.

The seven-meter “airy” translucent figures of Ali and Nino, made of steel, slowly move towards each other, gradually becoming one. This exciting process is repeated every 10 minutes. 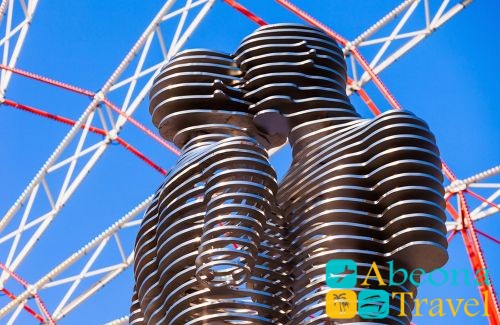 Originally, the sculpture Tamar Kvesitadze and Paata Sanaia was called “man and woman”. But on the opening day of the sculpture in Batumi there was an Azerbaijani delegation. And one of those who was present, noted that the statue is the personification of the novel “Ali and Nino”.

Many associate the sculpture with the novel of Kurban Said “Ali and Nino”. Novel first published in 1937 in Austria in German. A novel tells of love between a Muslim Azerbaijan Ali Shirvanshir and a Georgian Christian Nino Kipiani. The events of the book unfold in the Caucasus during the First World War. The book clearly shows the contradictions between Christianity and Islam.