The military cathedral of St. Alexander Nevsky was laid in Batumi on September 25, 1888. When the Russian Emperor Alexander the III-rd and his family visited Batumi and its surroundings. They laid the foundation stone for the future Orthodox Church. He was consecrated on December 6, 1906, to the twenty-fifth anniversary of Batumi’s annexation to the Russian Empire by the Georgian exarch Nikon. A huge building towered over the city with its one and two-story buildings. The temple received the name “new cathedral” in the city and was transferred to the military department, because of what it was also called the “military cathedral”.

After the establishment of the Soviet power in Batumi in March 1921, the cathedral was turned into an anti-religious museum, and in 1931 – it was barbarously blown up during the Stalinist rule, that is, in total the church managed to stand exactly 25 years. In its place, according to the project of architect Shchusev, the hotel “Intourist” was built.

In the beginning of the 21st century it was reconstructed. One floor was added and today it is called “Intourist Palace” 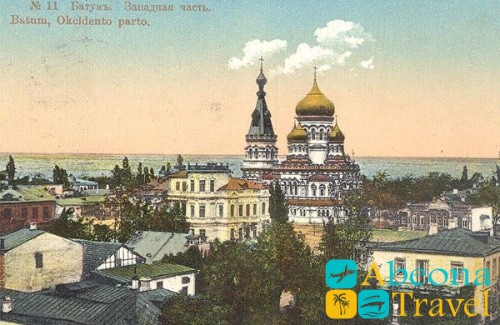 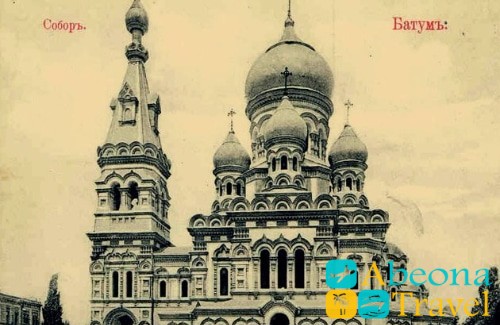