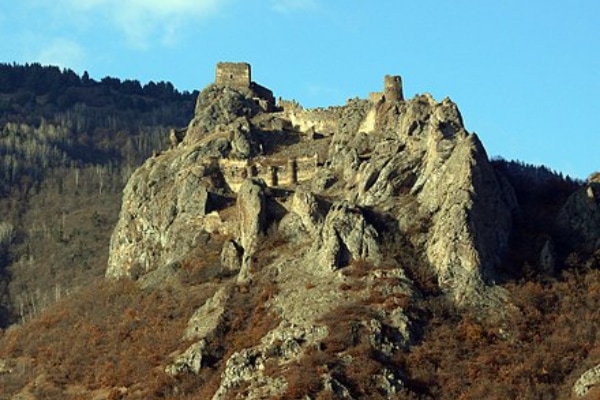 Not far from Stepantsminda village at 1760m above sea level located Arsha settlement. On the left slope of Terek ravine near settlement preserved remains of Arsha fortress built in XVI century and have the meaning of defense fortress in medieval Khevi. Fortress stands on andesite rock and uplift over the river ravine. It is a favorable location to defense locals from the enemy.

According to legend fortress has way out to the river. It is not visible from the side of Military-Georgian road but rocky road leads to fortress from Arsha settlement through river of Chkhatis-tskali. Path abut to iron bound oak door with big lock, based on the legend captured by Georgian army while conquest of the town Gadja. Then comes a little pedestrian underpass, then another door where there is ruins of church and many 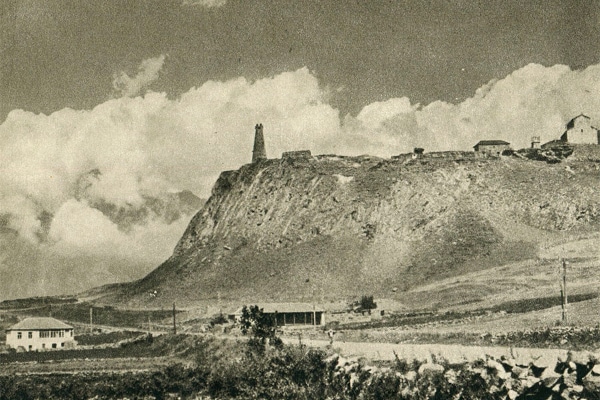 buildings. Fortress had been built in later feudal time when locals suffer from invasions of Lezgians. A supposal once Lezgians decide to use a trick try to climb on the fortress wall on pyramid from horse saddles. Mokhevians kick down besiegers. Beautiful description of fortress and tragic event you can find in roman of Georgian writer Alexander Kazbeg.

On march of 1625 George Saakadze defeat Persians in Martkopi fight and eliminate his alliance partner Andukapar Amilakhvari, he with his wife send under the hatches in fortress Arsha. In July Persian defeat Saakadze in Merabda battle and decided to rescue Amilakhvari, army of 12000 went to the north, to the possession of Aragvi Eristavi Zurab, pass through Cross Pass, and went down in Mokheve and Andukapar was released from the fortress. Going back army defeated in Ksani ravine, fortress survived up to XX century, which big bang happened and then empty out.

On the way to the fortress on river Chkhatis-tskali you can see two waterfall: lower one 10m high and uppers one more powerful 16m high. It is famous Arsha waterfalls. Dark-grey shale with rare interlaying’s of thick sandstones are outcropped to the north of Arsha settlement. On the footing, you can have a rest near the sources of less mineralized water.