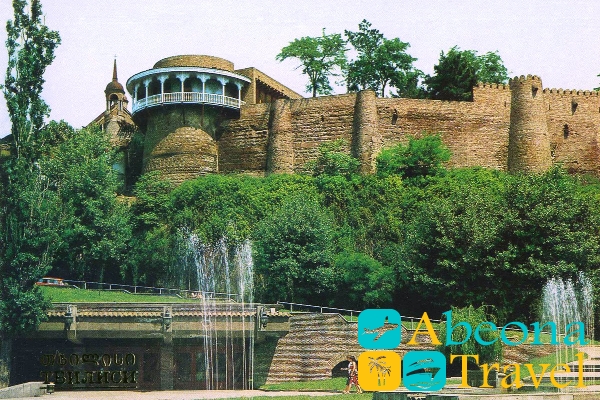 Darejan’s Palace or Sachino with elegant wraparound balcony is uplifted on the hilltop to the right hand side of Avlabari ascent – former royal residence, one of few preserved in Georgia.

Palace was constructed in 1789 by order of Irakli the II-nd, king of Kartli-Kakheti, for his wife queen Daredjan. Two palace churches were constructed on site. They were dedicat to Saint’s Irakli and Daria (delicate hint on majestic couple). It is most likely that it was Queen Daredjan’s desire since she was famous by her imperious temper. Her husband Irakli courageous soldier face down to horde foeman always was flexible with the desires of his wife. Darejan’s Palace or Sachino was built in 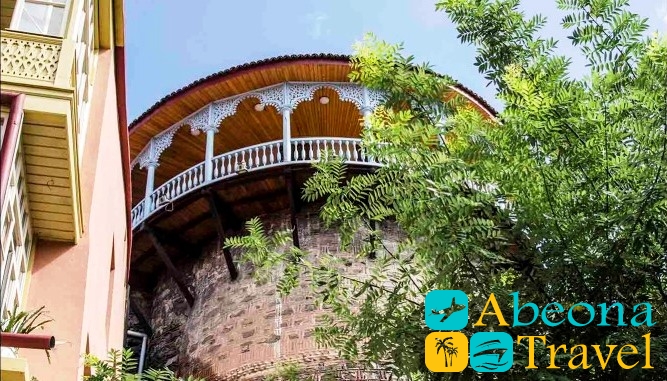 carle style due to the fact that Georgia came to torture of mountaineer invasion. Palace and church were partially ruined during invasion of Aga Makhmad Khan at the end of XVIII century. He almost razed to the ground Tbilisi.

Imperial couple experienced tragic fate as well as Georgia. Death of Irakli was accomplishment of independence of Georgia. After Darejan’s husband death queen stay in Georgia not for a long time. She had lived in Tbilisi Palace for some time. And then relocates to Petersburg. Theological seminary was located in former residence. In 1824 former Imperial Palace was reconstructed to friary under the name of Transfiguration of Jesus Christ.

Accession to Russia opened the channel for European influence penetration. This fact had an impact on the monastery frescoes. Influence of Renaissance art tinges the work. Fresco is created in the beginning of XX century by father Eugeni, one of the archpriest of monastery. Another fact is interesting regarding the monastery. Relics of protomartyr Razhden were stored here for a long time. Later on relics were transferred to Sioni.

After Bolshevik’s arrival palace became deserted for a long time.  Local museum of the name of 26th Bakuvian commissioners was located here in 70-ies. Construction was used as storage. There were the darkest days for Irakli’s and Darejan’s palace. 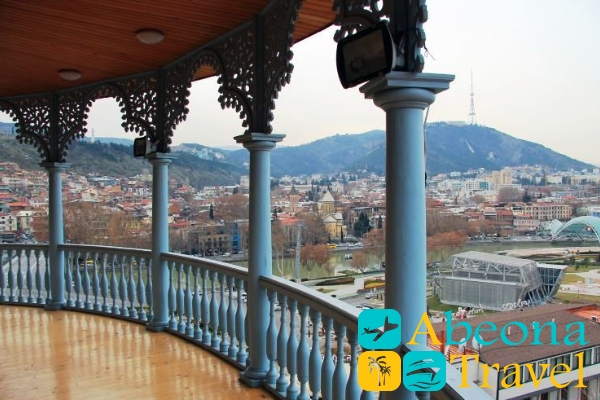 By the end of the century the sky over the palace clears up. Melpomena set heart on the palace. The theater of one actor was opened here. And plays were performed which bring joy to fans. It can be considered as keeping the tradition. Irakli and his wife were amateurs of theater performances.

And in 1991 the sun shine brightly over the Darejan’s palace since imperial complex was reconstructed by his holiness the Catalicos-Patriarch of Georgia. And again became monastery of Transfiguration of Jesus Christ. But now it is nunnery. Nuns from saint nunnery are famous with their active orthodox sphere of action. Since 2003 House of Charity is functioning here. It is multifunction building, here you will find hospice (in patient facility for palliative care programme), training facilities for sister of charities, free canteen and ambulance station for socially unprotected citizens as well as embroidery workshops, processing of felt, carpets manufacturing etc.

Recently, there has been a significant amount of interest from family Bagrationi. They are no longer sit on the throne. The most interesting is the fact that it is happening with an approval of Patriarchate. Particularly almost two times here was organized ceremony of the dedication in Knights. Complete title is as follows: The Knight of Grand Cross of dynastic Order of the Crown of Georgian Kingdom. The first ceremony was held on 31th October of 2013. Head of the House Nugzar Bagrationi-Gruzinskii dedicated in Knights family’s friend businessman Levan Vasadze. At the second ceremony was privileged to be dedicated in Knights member of the presidential administration of Brasil – Claudio Soares Rocha. An important fact is that Darejan’s Palace returns its historical identity.

Do you have any questions or would you like to visit one of sights?