The Church of St. Constantine and Helena 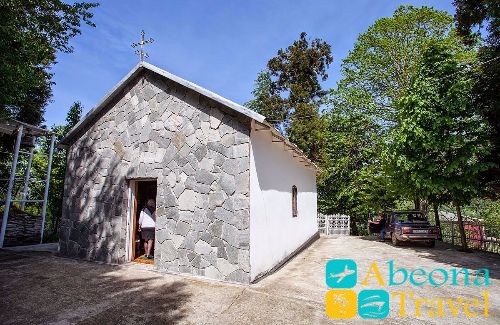 The Church of St. Constantine and Helena

In 1889, by the initiative of the Greek inhabitants of the village of Kvirike, the church of St. Constantine and Helena was built. By the will of God, the temple was not destroyed. In the 30s of the twentieth century, the temple was closed and a mineral fertilizer warehouse was built. In the 70s the church was restored, and despite the protest of the population, it was turned into a museum of the Georgian-Greek friendship by order of the district party committee. And in the 80s of the last century, under the guidance of a resident of the village of Kvirike Fedor Chilingaridi, the museum was removed and additional restoration work was carried out in the church. In this case a big role was played by a resident of the village of Georgiy Futuridi.

Temple of St. George in the village of Lower Kvirike

According to the legend, the church of St. George in the village of the lower Kvirike was built in the 12th century. Disasters of this world completely destroyed it, leaving only a small foundation. Then a wooden church was built. But she also burned down. In the 80 years of the twentieth century, a local resident Khristoph Iosifidi decided to build a temple with his own expense. The construction work was done by Yango Shonus. The Church of St. George at first was opened unofficially. It was closed, icons were taken out and the library was opened. In 1990, the temple was rediscovered and restored. The Divine Service began.