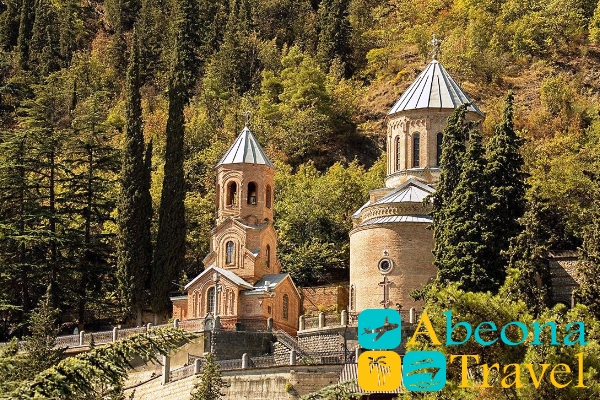 To the south-west of Tbilisi, in the middle of Mtatsminda Mountain is uplifted dome-type church Saint David Church or Mamadaviti. Name Mtatsminda (Saint Mountain) took its origin from X century, according to Athon Saint Mountain; in previous time it was also 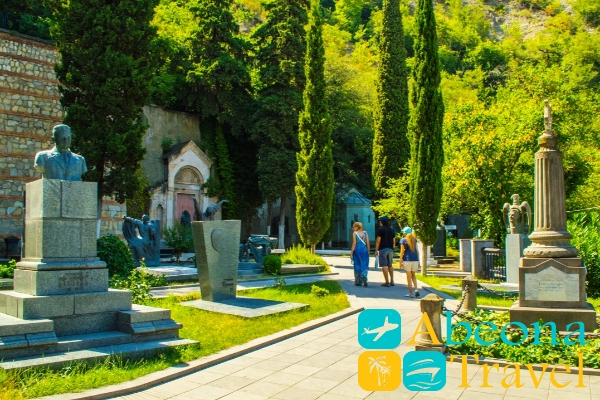 called Mamadaviti due the fact that according to the preserved source here had lived Saint Father David of Garedji in VI century.

Probably in X century here was founded monastery which was not exist after three centuries. Later on in 1542 under leadership of brothers Nikoloz and David Gabashvili religious house of Saint Mary Virgin was restored. In XVIII century monastery was inactive, damaged building was slowly ruined. In 1810 Transfiguration Church was constructed instead of desolated old monastery in 1810. Wide and twisted rood went up to the monastery was cut in 1817 under supervision of general Ermolov.

Church named by Saint David Garedji or Mamadaviti was constructed during 1859-1871, dome was fixed in 1879. Bricked church outside is look like traditional cross-domed church, but in its design missing longitudinal strut, space differs with solidity and at-oneness. In the west wing is located wooden gallery, there are two entrances from the west and south. 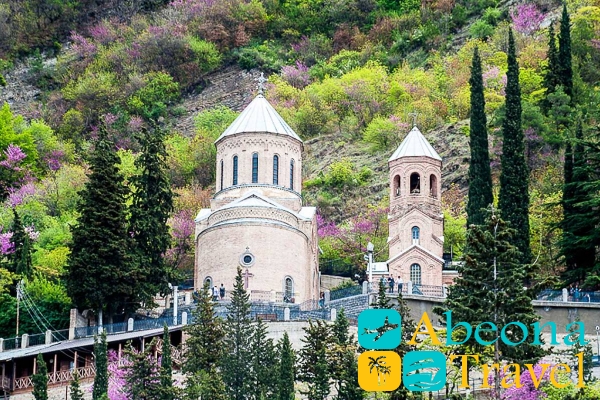 Fronface differs with slight colourity upper part of south frame bay is decorated with arches and circular small windows. Interior is painted at the end of XIX century. The main part of art occupies pictures of Georgia Saints. In preaching house there is a picture of Saint Trinity. Three-floor preaching house to the south of the church build with bricks, bell-tower is decorated by arch and stone.

Terrace around the Mamadaviti officially is announced as writers and public figures and officially was opened in 1929 to 100 year long anniversary of tragic death of Griboedov in Iran. The first memorable depositing here was internment of famous Russian writer Alexander Griboedov (1795-1829), later on next to him was put to the rest his wife princess Nino Chavchavadze (1812-1857). Since then many outstanding Georgians were put in rest or reburied.