Gudarekhi monastery is different from abandoned monasteries. There is no life here at all – no monks, no priests. It seems that people left here a long time ago. Gudarekhi was built during the Georgian Golden age. The main temple was built in 1222, at the time of the daughter of the legendary Queen Tamara — Rusudan. There is the assumption of 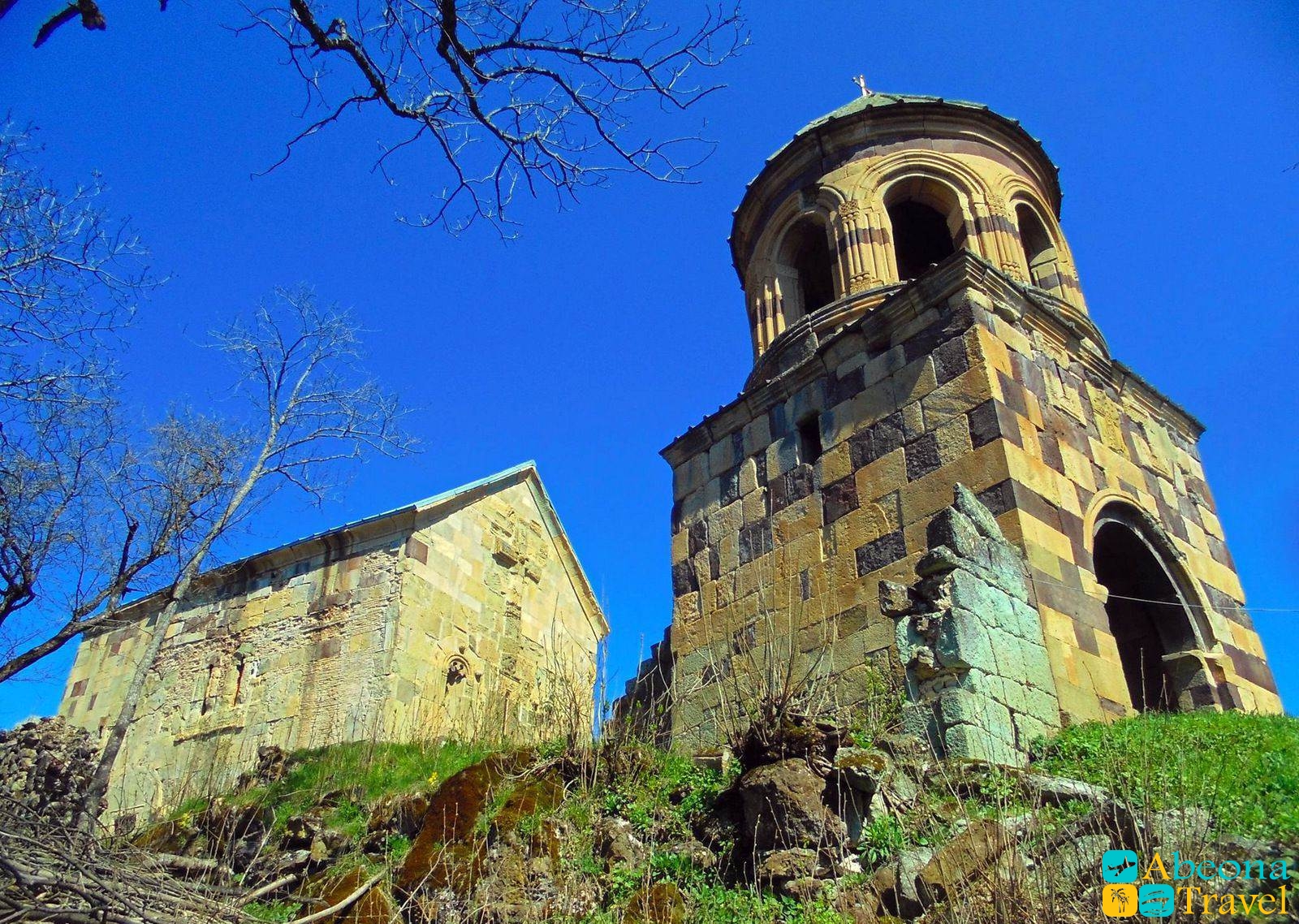 scholars that the temple was built from the remains of an older temple X century. The rest of the buildings were built here after the invasion of the Mongols. That is why the monastic complex Gudarekhi has several historical layers. Once on this place there was a whole city, as evidenced by the remains of the foundations of buildings. He was 3 km from the modern village Gudarekhi. In 1938, archaeological excavations were carried out here, as a result of which not only the ruins of the ancient city, but also ceramics, coins and household items were found.

The monastery complex itself is located on a hill. To date, it has preserved the temple and the bell tower. For the XIII century, the temple has a rather primitive shape and a large hall without columns inside. Decorative reception builders was used in the construction of the temple blocks of 2 colors — beige and darker, resulting in a pattern like a chessboard. The temple was opened to the public in 2011. Inside you can see several tombstones, and frescoes on the walls, including images of St. George. The bell tower near the temple was built by king Demeter in the late XIII century. The first floor of the bell tower with an arch is a walkway, and a stone staircase leads to the second floor of this building. The bell tower is interesting because it is an architectural monument of the Mongolian era. The outer wall of the monastery Gadarene is a ring with a total length of half a kilometer and a diameter of about 100 meters. The wall is low, at regular intervals you can see the buttresses. There are no towers here, but you can see loopholes and Windows in the wall. Next to the gate in the wall there are several extensions, one of them is a wine storage, as there are several qvevri.