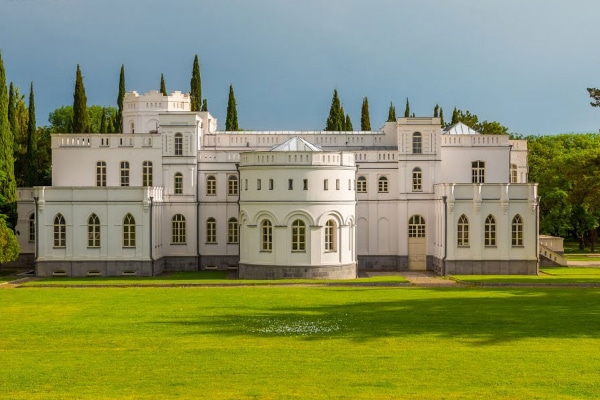 To date, the village of Mukhrani known for many attractions. The history of the princes of Mukhrani originates in 1512 Mukhrani becomes the Prince’s estate, managed by the Royal family Bagrationi. The residence of the princes Bagration-Mukhrani from 1513 to 1733 was Ksani fortress. In 1733, Konstantin Mukhran-Batoni built the Mukhran fortress.

In 1800, the Prince of Mukhran became Constantine IV (1782 – 1842), who after the accession of Georgia to Russia, due to the liquidation of the Principality of mukhran, lost his princely status. Known that Constantine was the leader of the nobility of Tiflis province. He had two sons, Ivan, born in 1812, who subsequently inherited the princely title, and Heraclius, born a year later.

In 1885, Ivan, a retired Lieutenant General of the Russian army completed the construction of his estate with a Park and winery, the layout is very reminiscent of the present “Chateau” (FR. – “shateau”) – the Palace or, in other words, 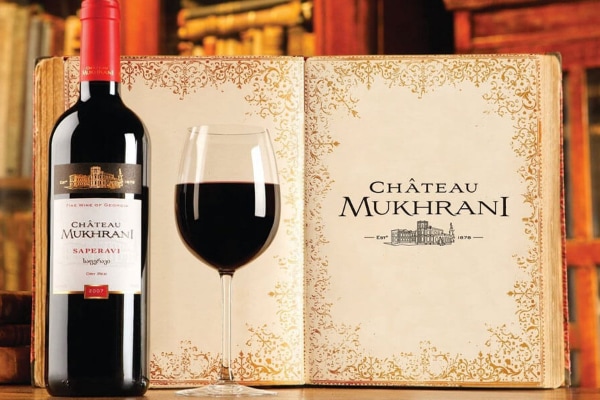 the residence, around which the vineyards are spread, and there was a magnificent garden, cellars for wine storage, stables and outbuildings. In addition, this similarity is not an accident. Ivan Konstantinovich, already free from military duty, began to study the technology of wine production by the European method, traveling to France, in particular, having visited champagne and Bordeaux.

Upon returning from the trip, Ivan Konstantinovich aim is to build a Palace worthy of a great mansion which he owned. In fact, it was the most famous and the first manor of this type in Georgia. The construction of the Chateau-Mukhrani lasted 12 years. The exotic word “Chateau” in the name justified itself not only in the decoration of the estate, but also in the fact that the wine factory built here was produced according to European technology.

From the very first harvest (1865) wines, Ivan Mukhranbatoni received wide international recognition. Ivan Mukhranbatoni was one of the exclusive suppliers Of the Russian Imperial court and the first who proved that Georgian wines occupy their rightful place among the great wines of the world.

After the death of Ivan Konstantinovich (in 1895) the estate was inherited by his son Constantine (1838 – 1903), not so interested in winemaking and prosperity of the estate. He sold the winery with the estate. In the hands of others, the economy went into decline. Constantine left no descendants, and the Bolsheviks shot the title passed to his next of kin, Alexander in 1918).

Today Chateau Mukhrani-a wine company, which owns a winery in the village of Mukhrani, Bagration-Mukhrani estate, Park and stable. The company called “Chateau Mukhrani ” was founded in 2006. After receiving the first grape harvest in a year, entrepreneurs engaged in the repair of the estate, the construction of a modern winery. In 2011, the estate renovated and brought to an elegant state. It is interesting that from the wine cellars located under the estate, you can get to the territory of the winery through an underground tunnel.