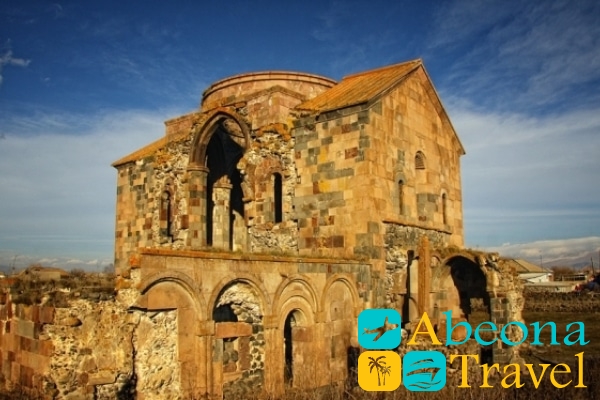 Ruins of one of the ancient Georgian churches mainly Kumudro Cathedral Temple are located not far from ancient Vardzia town. Kumudro temple was built on the slope of the mountain by the order of Leon the IIIrd king of Abkhazia in 964. Till the present day is the most famous monument of Georgian architecture.

Leon the third was the son of Abkhazian king Georg the second. When he became the king of Abkhazia he occupied Kakheti and Dzhavakheti territory. He ordered to build orthodox temple in Kumudro.

Details about the temple is known from the frescoes which were done by an order of king Leon, saying that “bishop John started to build this church with the help of godless Sakotskari by the rule of king Leon in May of 964, on 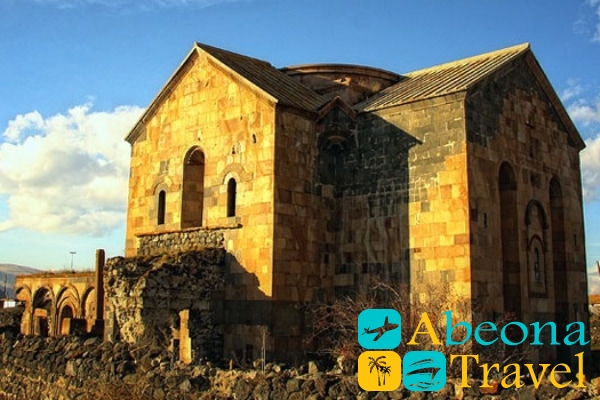 Saturday”. Consequently the temple was blessed by Bishop John, was built by architect Sakotsari by King Leon in 964 during the rule of Zviad Marushiani in Dzhavakheti. There is another saying that temple was renovated in XIV century.

Initially the church was the building with size of 29x20m with the dome. The height of the dome reach 15.3, diamtere is 9m. Dome rest on 6 big supporting columns. There are images of historical faces on the east side of the building where preserved some parts of dome. As well as altar with fragments of paintings dated X century.

Unicity of Kumudro is in the fact that it is one of several cross-in-square church built in medieval in Georgia. In spite the fact that design of Kumudro temple is not rich it is differs with elegance and singularity. Temple was built in Greek cross shape. East style Rectangular gallery built by an order of Bagrat IV in XI century is adjoined to the temple from the west.

By the end of the first millennia AC temple Kumudro was one of an educational center of Georgia. Especially should be noted activities of John Kumurdian he make a contribution in development of Dzhavakheti.