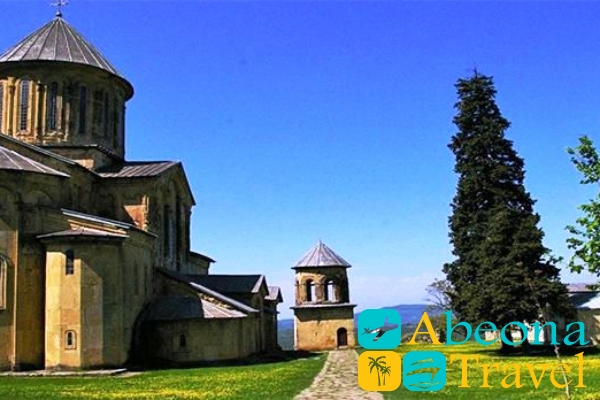 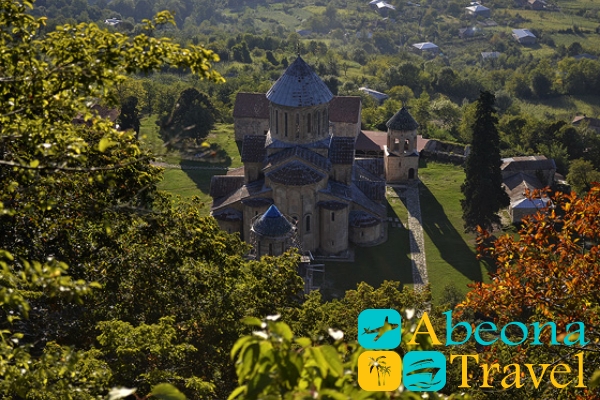 (in Georgian it means “red river” has given the name after many invasion of the Turks water of river became red because of the blood of victims) and was founded by the famous Georgian king David the Builder in the beginning of XII century. For its whole history the monastery was not only spiritual monastery but also his was settled Gelati Academy by the rule of Georgian Gold Century as well as biggest scientific-educational center of medieval Georgia which was called “the second Athena’s”. Nowadays monastery complex is listed in the World known UNESCO inheritance.

On the border of XI-XII century Georgians kingdoms begun to reunite in great state. In honor of victory on Seldzhuks and in honor of reunited of Georgia David the Builder lay the foundation to the temple of Holy Mother Nativity. 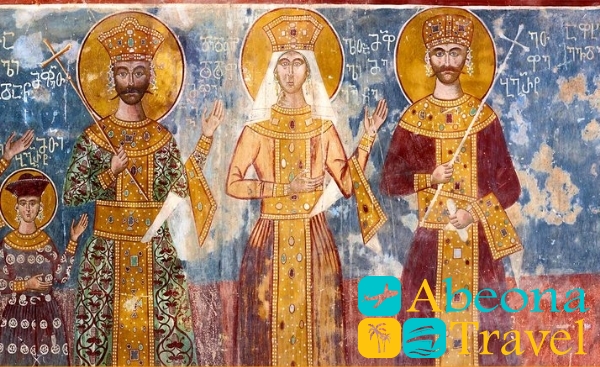 Construction lasts during 25 years (1106-1130). Based on last will and testament the king was buried under the arch of the gates and people entering the temple were stood on his grave.

In XII century under the rule of Tamara king was built another two temples: temple of St. Nikolay and St. George.

The main temple – Temple of Nativity of Holy Mother represents the building of traditional crest-dome type. Frescoes and drawing are preserved in the temple with pictures of saints and Georgian rulers. The one of the unique mosaic is the Holy mother and baby (1125-1130). The sight of the main temple is metal gates of Azerbaijan Gandzha. They was transferred to the grave of the father of David’s son Demetre IV. Only the half frescoes are preserved.