The fortress Tamara or Tamaris-tsikhe 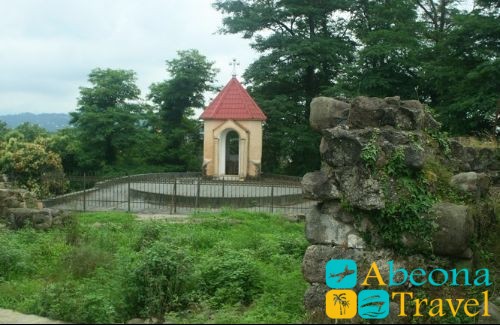 From the fortress Tamara, located in the picturesque area of Batumi and also known as Tamaris-tsikhe, today there are only ruins that are difficult to distinguish from the cliffs in the dark. Meanwhile, it is around this defensive structure that the present capital of Adjara emerged. It is interesting that the name of the fortress, according to the researchers, may not have anything to do with the legendary queen, since at the moment of erection. And it was in the V-VI centuries, she was not born yet.

However, this name could have been given to it after perestroika, which occurred around the 10th-13th century. The first mention of this place refers to the times of Aristotle. Fortresses, periodically destroyed and rebuilt anew here several times since then. The last of them was the fortress Tamaris-tsikhe. 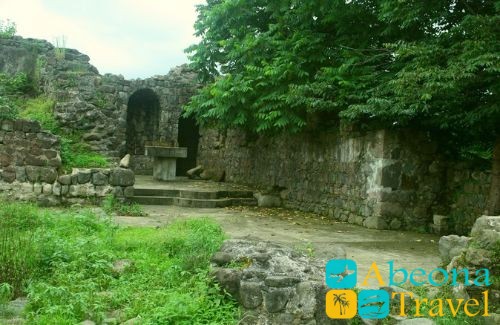 Initially, it occupied a rather impressive territory. But now it is reminiscent of only small fragments on the top of the mountain, from where an amazing view of the surrounding landscapes opens. Next to the remnants of the once grand building live people.

It is known that for sometime near the fortress was the residence of the local Turkish administration. Seems that already in the middle of the XIX century the fortress was abandoned and overgrown with forest. It is said that in 1878 it was here, on the bridge over the Koralistskali, that the Turks gave the Russian army symbolic keys to the city, which added symbolism to the image of the fortress.

Today, from time to time there are excursion groups and lone adventurers. Even here videotapes for weddings are held here near the walls of the once formidable defensive structure. Guardians work at the foot of Tamaris-tsikhe, as well as a small museum and an Orthodox church. This place can hardly be attributed to the central sights of Batumi and its environs, but, nevertheless, it arouses considerable interest and attracts the attention of many informed travelers who come to the capital of Adjara.

The fortress Tamara or Tamaris-tsikhe