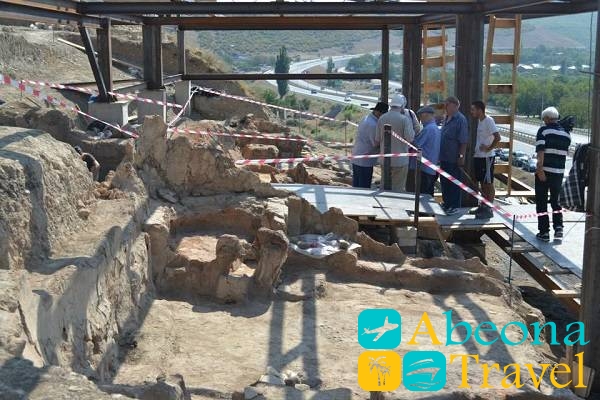 Grakliani is an archaeological site of national importance in Georgia. It is located on the banks of the Lehura river near the village of Igoeti of the Kaspi municipality in the province of Shida-Kartli.

During the construction of the highway in 2007, the first archaeological finds were made on mount Grakliani. Since then, the archaeological expedition of Tbilisi University under the leadership of Professor Vakhtang Licheli has been working here. During the excavations, a settlement, two temple complexes and burial grounds were discovered. 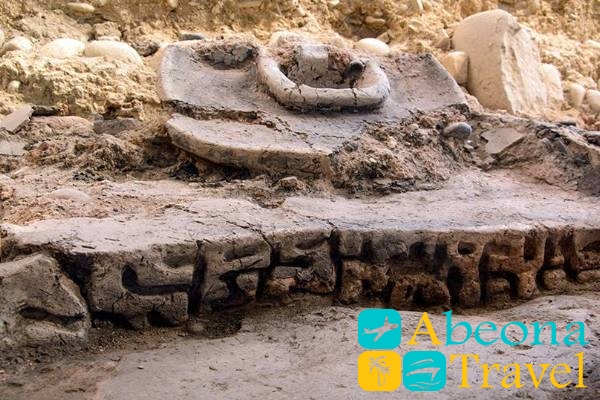 BC. As well as chest disks of gold and bronze, carved from stone children’s toys, imitation of Persian ceramics, household items, religious, military, pharmaceutical purposes and more. During the study in one of the stone temples found a mixture of different religions.

Here and Persian Zoroastrian altar, and related to the traditional Caucasian religion sculptural images. In September 2014, the archaeological site on mount Gracliani received the official status of a historical monument. In autumn, the Ministry of culture and monument protection of Georgia decided to create an open-air Museum here. In 2015, during excavations in one of the temples of Gracliani, dedicated to the goddess of fertility, an inscription in an incomprehensible language, tentatively dated to the VII century BC, was found on the pedestal of the altar.

In 2016, the laboratory “Beta analytical” (Miami, USA) was conducted radiocarbon analysis. He showed that this inscription was made in the late XI-early X centuries BC. Thus, this inscription is more than a thousand years older than the oldest previously found in the Caucasus. Vakhtang Licheli noted that the letters of this inscription resemble Greek and Aramaic, although their correspondence to any of the known scripts has not yet been determined.

Also on one of the corners of the second altar were found three more letters carved in clay, different from the already mentioned inscription — an explanation for the unusual neighborhood in one temple inscriptions in different languages has not yet been found. Numerous cultural layers, of which eleven have been excavated, show the history of human activity in the region for 300 thousand years, since the stone age.