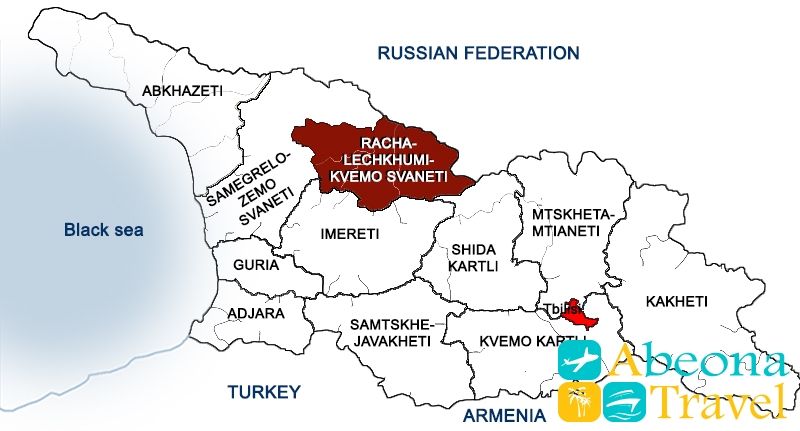 Racha-Lechkhumi and Lower Svaneti is Georgian Switzerland alike locals and tourists call region Racha. Racha is one of the most picturesque corners of Georgia. If You want to relax in Kutaisi without hesitation went to Racha. Racha-Lechkhumi and lower Svaneti region is located at the foot of the mountains. The climate here is temperate. Winter is not very cold. Due to the fact that the passes are above the region of snowfall is not abundant. And in the summer always cool.

In the region of Racha-Lechkhumi and Kvemo-Svaneti there are many religious shrines, monasteries and temples. The most famous: Nikortsminda, Barakoni, Honiara, Mravaldzali Patara They Gebi, Quintermina, Lailashi, Chassi complex, Minda-tsikhe, Quaratine. Wine tours are organised in Racha. Zdest produce “Khvanchkara”, “Aleksandrouli”, “Ojaleshi”, or “Tetra”. of the 600 varieties of vines common in Georgia, about 300 varieties are bred in this region.

The region is known for well-known balneo-climatic resorts of Shovi and Utsera, and forgotten sports camp. Especially popular among tourists is the Shaori reservoir.

Racha-Lechkhumi was inhabited in the stone age, which is proved by archaeological materials. Archaeologists in Lechkhumi found “Zagorskoe Treasure” is dated IX-XI centuries BC. It was placed in pottery: a statue of a rider with a bronze helmet, copper ingots, working tools, especially interesting axe, decorated with an engraving of snakes.

In the V century on the territory of Racha-Lechkhumi existed eristavstvo, Takeri, in the X century, formed eristavstvo of Racha, which was the office of the king. Later in the XV century, after disintegration of Georgia into kingdoms-Samtavro, Racha-Lechkhumi became a part of Imereti. In XV-XVII centuries part of the lands of the Racha eristavstvo owned imeretinskiy kings. And Ambrolauri Shaori in the village was the summer residence of the Imeretian kings, which to our days has been preserved, unfortunately, in ruins. In the mid-nineteenth century eristavstvo Racha-Lechkhumi was cancelled and until 1917 was part of Kutaisi province.

Places to visit in Racha-Lechkhumi and Lower Svaneti:

Temples and Monasteries of Racha-Lechkhumi 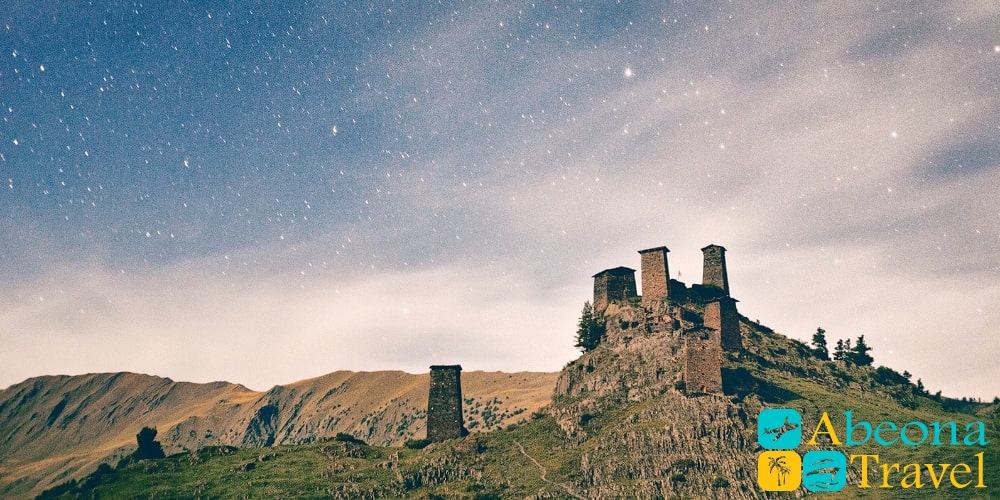