The main advantage of Gonio and Kvariati is the beach. The resorts are up to the Chorokh River, which flows into the Black Sea. So the water here is clean and azure.

Mountains begin directly from the beach; attract mysterious forest, delightful waterfalls and Mountain Rivers. The air here is peculiar – mountain-sea, healing, and the water are so transparent that one can see every pebble lying on the bottom of the sea. Not far from the resorts is the customs house, with the “Duty Free” zone and the border with Turkey.

The infrastructure of the region Gonio and Kvariati is developing very quickly. New hotels are being built: from cheap hostels to expensive hotels, designed for all tastes and financial possibilities of tourists and guests.

The most famous landmark of Gonio is Gonio fortress. Previously, the fortress was a Roman outpost in Adjaria, on the Black Sea coast.

The government of Georgia is going to build a football stadium in Gonio, designed for 25,000 fans and corresponding to UEFA standards. The area of ​​the arena will occupy nine hectares. There will be a roof over the seats.

The stadium will host football matches and tournaments in other sports. The cycle path stretches along the promenade of Gonio and Kvariati. On the beach, from the local, you can take a rental tablets, scooters, bananas or a parachute.

Resort of Gonio attracts guests not only with beach and nature but with ruins of an ancient fortress with the same name, attracts tourists from all over the world.

In the 2nd century AD, Gonio was one of the most fortified Roman cities in Colchis. But the first mention of the fortress belonged to Pliny the younger (1st century AD). Later "Gonio" is mentioned in the message of the Trabzon historian Michael Panareta in the 14th century. For some time there was a place of Genoese trade. In 1547, not by choice, Gonio became part of the Ottoman Empire, this continued until 1878, when, following the San Stefano Treaty, again not of its own will, Adjaria became part of another Russian empire.

The city was also famous for its theater and hippodrome. In addition, the grave of the Apostle Matthew, one of the twelve apostles, presumably may be in the fortress of Gonio. Currently, excavations near the grave are prohibited. Other archaeological excavations are conducted in the fortress, paying special attention to Roman times. 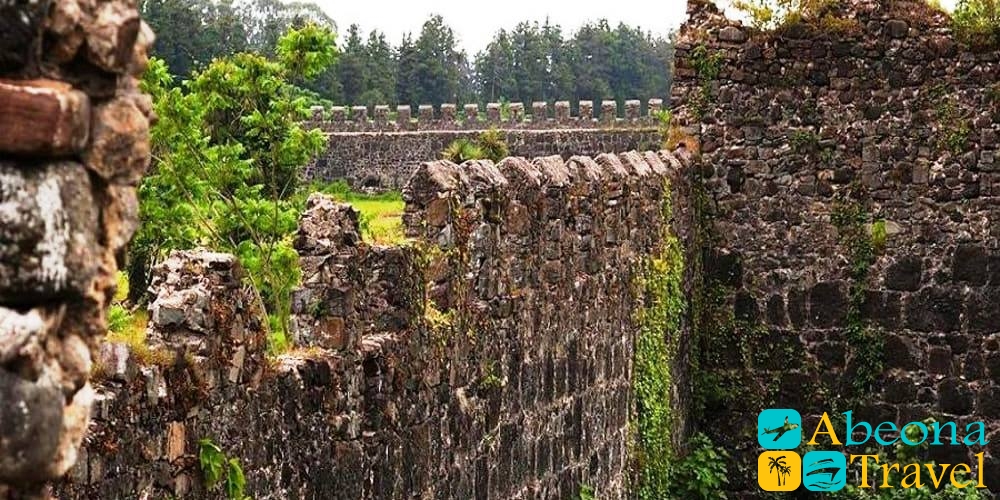